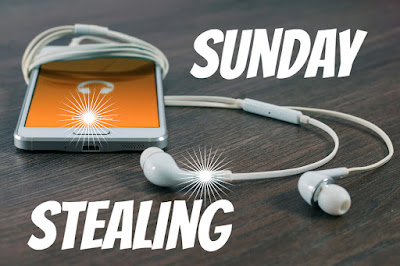 A song you like with a color in the title: Purple Rain by Prince

A song that needs to be played very loud:  Paradise City by Guns N Roses

A song that makes you want to dance: Footloose by Kenny Loggins

A song to drive to:  Boom Boom Pow by The Black Eyed Peas

A song with a number in the title: 99 Luftballons by Nena

A song that makes you happy: Thunderstruck by AC/DC

A song that makes you sad: Chiseled in Stone by Vern Gosdin

A song that reminds you of summer: Summertime by DJ Jazzy Jeff and The Fresh Prince

A song that you remember from your childhood: Funny Face by Donna Fargo

A song that breaks your heart: What Hurts The Most by Rascal Flatts

A song that you never get tired of: Baby Got Back by Sir Mix-A-Lot

A song from your preteen year: Eye Of The Tiger by Survivor

A song that is a cover by another artist: Africa by Toto

A song from the year you were born: Let It Be by The Beatles

A song that makes you think about life: Hate Me by Blue October

Your favorite song with a persons name in the title: A Boy Named Sue by Johnny Cash

A song that you think everyone should listen to: Shut Up And Dance by Walk The Moon
A song by a band you wish were still together: I Wanna Be Sedated by The Ramones

A song by an artist no longer living: Free Bird by Lynyrd Skynyrd

A song by an artist with a voice you love: The Sound of Silence by Disturbed