1. Name a TV show series in which you have seen every episode at least twice: M*A*S*H

3. Name an actor that would make you more inclined to watch a show: Nathan Fillion

4. Name an actor who would make you less likely to watch a show: Lawrence Fishburne

5. Name a show you can, and do, quote from: The Big Bang Theory

7. Name a TV show which you've been known to sing the theme song: M*A*S*H

8. Name a show you would recommend everyone to watch: Scorpion

9. Name a TV series you own: Band of Brothers

10. Name an actor who launched his/her entertainment career in another medium, but has surprised you with his/her acting chops in television: None that I can think of.

12. Name a show you keep meaning to watch, but you just haven't gotten around to yet: None that I can think of.

13. Ever quit watching a show because it was so bad? Under the Dome

15. What do you eat when you watch TV? Popcorn, candy, dinner, lunch, breakfast....a lot of different things.

17. What's the last TV show you watched?: The Expanse

18. What's your favorite/preferred genre of TV? Comedy or Crime

19. What was the first TV show you were obsessed with? M*A*S*H 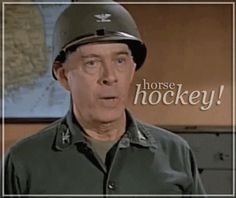 20. What TV show do you wish you never watched? Under the Dome

21. What's the weirdest show you enjoyed? None that I can think of.

22. What TV show scared you the most? None that I can think of.

23. What is the funniest TV show you have ever watched? M*A*S*H