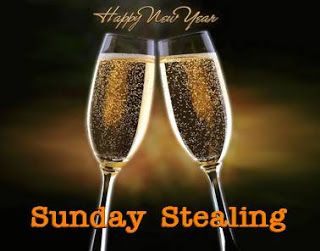 2. Best thing that happened to you was...I got to see my daughter.

3. Did anyone close to you give birth? Yes.

5. What countries did you visit? Nothing outside of the United States.

8. What was your biggest achievement of the year? Making it though the year without breaking down.

9. What was your biggest failure? Not seeing my children more.

10. Did you suffer illness or injury? I had pneumonia in February/March 2016.

11. What was the best thing you bought? Gas for my Jeep for the trips to Texas to see my son.

12. Whose behavior merited celebration? No one's.

13. Whose behavior made you appalled and depressed? Several people.

16. What song will always remind you of 2016? 6th Avenue Heartache by The Wallflowers

17. Compared to this time last year, are you: (a) happier or sadder? (b) thinner or fatter? (c) richer or poorer? I am fatter, sadder and poorer.

18. What do you wish you’d done more of? Spent time with my children.

19. What do you wish you’d done less of? Sleeping

20. How will you spend New Year's Eve? Sitting at home with my dog and husband, playing video games and watching tv.

21. Quote a song lyric that sums up your year. "Every step I take, Every move I make, Every single day, Every time I pray, I'll be missing you"

22. What was your favorite new TV program? Code Black

24. What was the best book you read? I read a few good books but none of them stood out as the best.

25. What was your greatest musical discovery? Twenty-One Pilots

26. What did you want and get? A few new shirts, a pair of pants and a few new scarves.

27. What did you want and not get? To spend more time with my son.

28. What was your favorite film of this year? The Secret Life of Pets

29. What did you do on your birthday, and how old were you? I turned 46 and spend time with family for my birthday.

30. What one thing made your year immeasurably more satisfying? Nothing that I can think of.

33. Which celebrity/public figure did you fancy the most? None of them.

34. What political issue stirred you the most? A few of them.

36. Who was the best new person you met? A few new co-workers.