This week's Sunday Stealing was stolen from Lots of Questions.

1. If you were to attend a costume party tonight, what or whom would you go as?

I really do not like parties so I probably would not even go.  Also, I am not very creative.  So if I did go to the party, my costume would be something simple like a "gamer chick".

2. What are your choice of toppings on a hamburger?

3. You are chosen to have lunch with the President. The condition is you only get to ask one question. What do you ask?

My one question would only be one word...."why".  Then he can choose what ever topic he likes and explain why he did or did not do something related to that topic.

4. It’s your first day of vacation, what are you doing?

Sleeping in late and relaxing all day.

5. What is your concession stand must-have at the movies?

6. Which do you dislike most: pop-up ads or spam email?

7. What do you think Captain Hook’s name was before he had a hook for a hand? 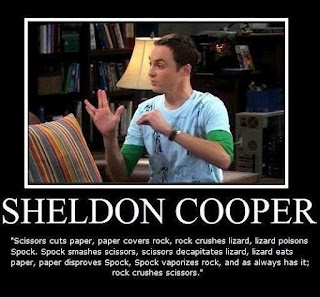 I think he was named after the author so his name before lost his hand may have been James Barrie.

9. Let's say a brick fell on your foot, and your kid is standing right next to you, what is your 'cleaned up’ swear word?

10. Which is worse, being in a place that is too loud, or too quiet?

I think being in a place that is too loud is the worse.  Specifically if all that loudness is from a large crowd.

11. What is one quality that you really appreciate in a person?

12. At the good old general store, what particular kind of candy would you expect to be in the big jar at the counter?

A variety of jaw breakers, bubble gum and chocolate.

13. What is the most distinguishing landmark in your city?

In the small town I live in there is nothing to really distinguish it from other small towns.

14. Everyone hears discussions that they consider boring. What topic can put you to sleep quicker than any other?

Any topic that does not interest me.

15. How many times did it take you to pass your drivers test?

16. If you had to have the same topping on your vanilla ice cream for the rest of your life, what topping would you choose?

17. What food item would need to be removed from the market altogether in order for you to live a healthier, longer life?

18. You are offered an envelope that you know contains $50. You are then told that you may either keep it or exchange it for another envelope that may contain $500 or may be empty. Do you keep the first envelope, or do you take your chances with the second?

Since, I didn't have anything to begin with, I take my chances with the second envelope.

19. If you had to choose, which would you give up: cable TV, or DSL/cable internet?

I would give up cable TV.

20. What is your highest level of education?

I have a Bachelor's Degree in Management/Human Resource Management.  (I also have an Associate's Degree in Criminal Justice/Computer Science.)

21. How much is a gallon of gas in your city? What was the highest it’s been?

I had a Dukes of Hazzard lunch box. I should have kept it!

23. What would you rather have, a nanny, a housekeeper, a cook, or a chauffeur?

I would rather have a housekeeper. I despise cleaning house.

24. Would you rather be trapped in an elevator, or stuck in traffic?

I would rather be stuck in traffic.  I am claustrophobic and being stuck in an elevator would be the worse!