"...December 7, 1941-a date which will live in infamy-the United States of America was suddenly and deliberately attacked by naval and air forces of the Empire of Japan... No matter how long it may take us to overcome this premeditated invasion, the American people will through their righteous might win through to absolute victory..." 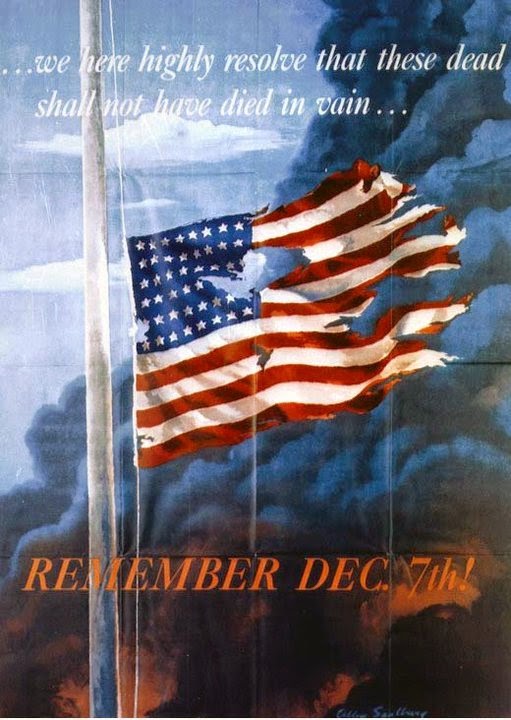